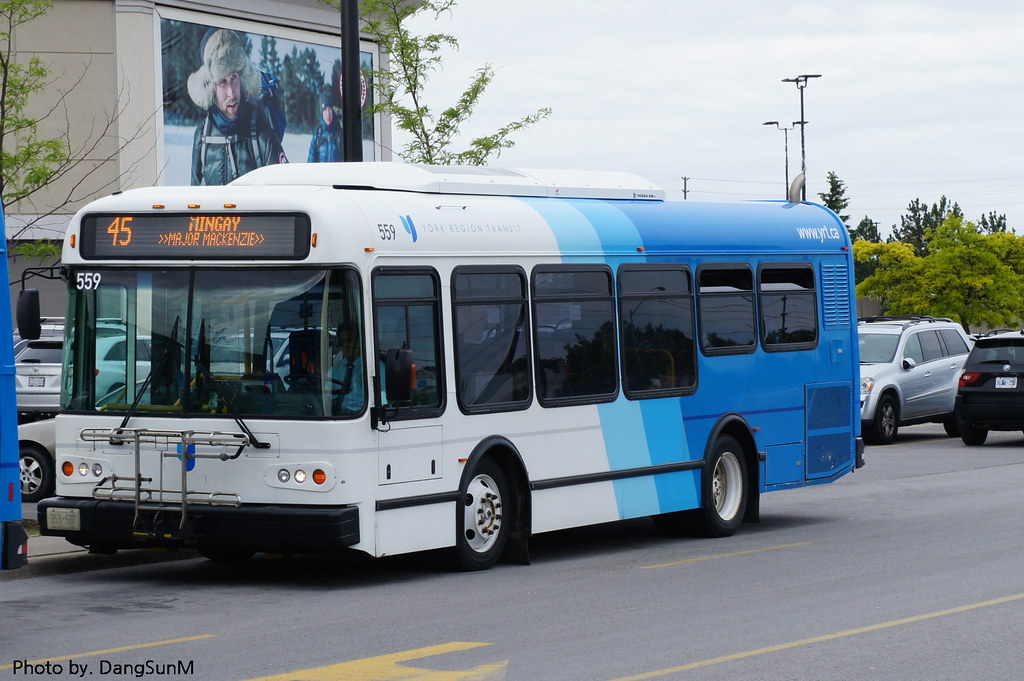 Ruth is a hospital administrative support worker in her 60s who has ridden transit for over 20 years and throughout the entire pandemic. She is a Glen Shields resident in Concord who depends on York Region Transit (YRT) for her 90 minute commute to and from her job. But, cutbacks to YRT have left her in the dark and may even leave her in the freezing cold, as winter approaches.

Ruth relies on the 5 Clark route to make the needed YRT/VIVA bus connections to get to work. To make her 7 am shift, she leaves her home at 5:30 am, walks 20 minutes in the cold and dark to the closest bus stop then, takes two busses. “Women like me need transit because we go to work early. To walk for 20 minutes and cross the street when it is dark outside” she says.

In April 2020, York Region Transit reduced service on numerous routes to save costs. One of the affected routes is the 5 Clark, which used to run on Glen Shields Ave. from 5:10 am to 11:06 pm on Monday to Friday. It now runs from 6:52 am to 7:59 pm at the Clark stop. That is a roughly 27% service reduction.

This schedule does not accommodate essential workers, whose shifts start or end in the early-morning or the late-evening. It is unclear how routes were selected for reduced service. It does not seem to be mentioned in York Region Council meetings while York Region Rapid Transit Corporation’s (YRRTC) 2020 meeting minutes are not available publicly. By comparison, the TTC has added busses to key routes for frontline workers.

The cutbacks’ effects on crowding are increasingly visible to Ruth as more activities/businesses have re-opened and circulation has increased since the spring. “Early on in the pandemic, drivers were restricting the number of passengers on busses. Now, they do not control for crowds. I do not feel safe riding transit sometimes with this virus”. She notes that the 6 am 105 Dufferin YRT bus is crowded when it arrives at her transfer. However, she has to take it. Otherwise, she will get to her shift late, which causes her additional stress.

Ruth has shared her concerns with  YRT, who has told her that there is not enough budget to pay for more bus drivers and that demand from students is not the same as before COVID-19. She counters that elected officials and YRT should provide equal access to transit for women and seniors.  When asked whether women are using transit more than men, Ruth responds: “Oh yeah. I would estimate that 75% of passengers are women.”

At A Voice for Transit, we advocate for transit equity, specifically vertical transit equity, where greater transit access is provided to groups who need it. Ruth does not have a car and as winter approaches, she is concerned about how she will get to work. The YRT’s insufficient service is comparable to levels in certain U.S. cities. Vox released a video about how there is insufficient bus service in several suburban U.S. areas in October 2020.

We call on YRRTC to restore pre-pandemic service on routes like the 5 Clark or make alternate arrangements for front line workers. Their board has their next meeting on November 12, 2020. If you are dealing with a similar issue as Ruth, we suggest that you email a letter to regionalclerk@york.ca by 9 am on Wednesday, November 11, 2020, to ensure that it gets included in their meeting. We have written to the board as well as to Vaughan Mayor Maurizio Bevilacqua on Ruth’s behalf.

By ignoring their needs, who are we looking out for? Women like Ruth are keeping our hospitals, and other essential services like factories and supermarkets going at a fragile time. How much longer do women like Ruth need to be put at risk because of the reduced service from YRT?